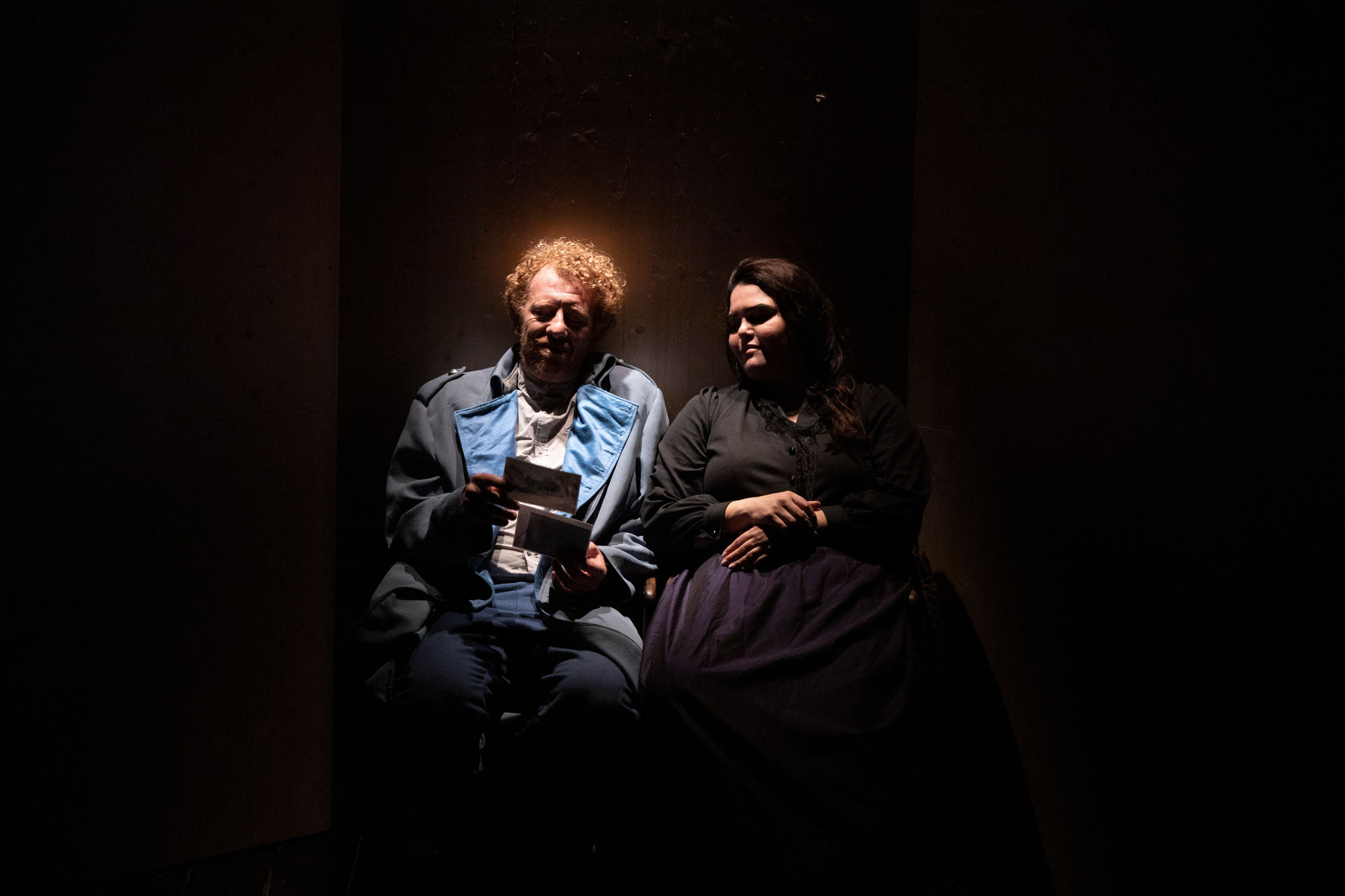 Forty-year-old Syrian cinematographer Jamal is obsessed with the idea of losing his past. He has been living in France for a decade, and is now confronted with so many places from his memory being abandoned or destroyed, and his friends spread all over the world. Jamal decides to travel to different European cities to connect to the people he once knew, and travels into the past in his research covering the period of the birth of the Syrian state in the early twentieth century. Gradually he weaves fragments and snippets of narratives into a reflection of how he can possibly understand the present. Under A Low Sky is a succession of unusual, unexpected, familiar or impossible meetings, taking us to a febrile mood of grasping and losing memory and a sense of self.

Wael Ali is a leading Syrian writer, dramaturg and director, based in Lyon whose work has been shown internationally, including at Gorki Theatre in Berlin, Toneelhuis in Antwerp, JournÈes ThÈ‚trales de Carthage, Tunis.

Presented in partnership with the Gate Theatre.

Presented as part of Performances beyond two shores, a project co-funded by the European Commission within the framework of the Creative Europe Programme. Working with nine partners across Europe, the project aims to support Arab artists in Europe. Presented with additional support from British Council.
Supported by the Institut Français du Royaume-Uni.

In French and Arabic with English surtitles