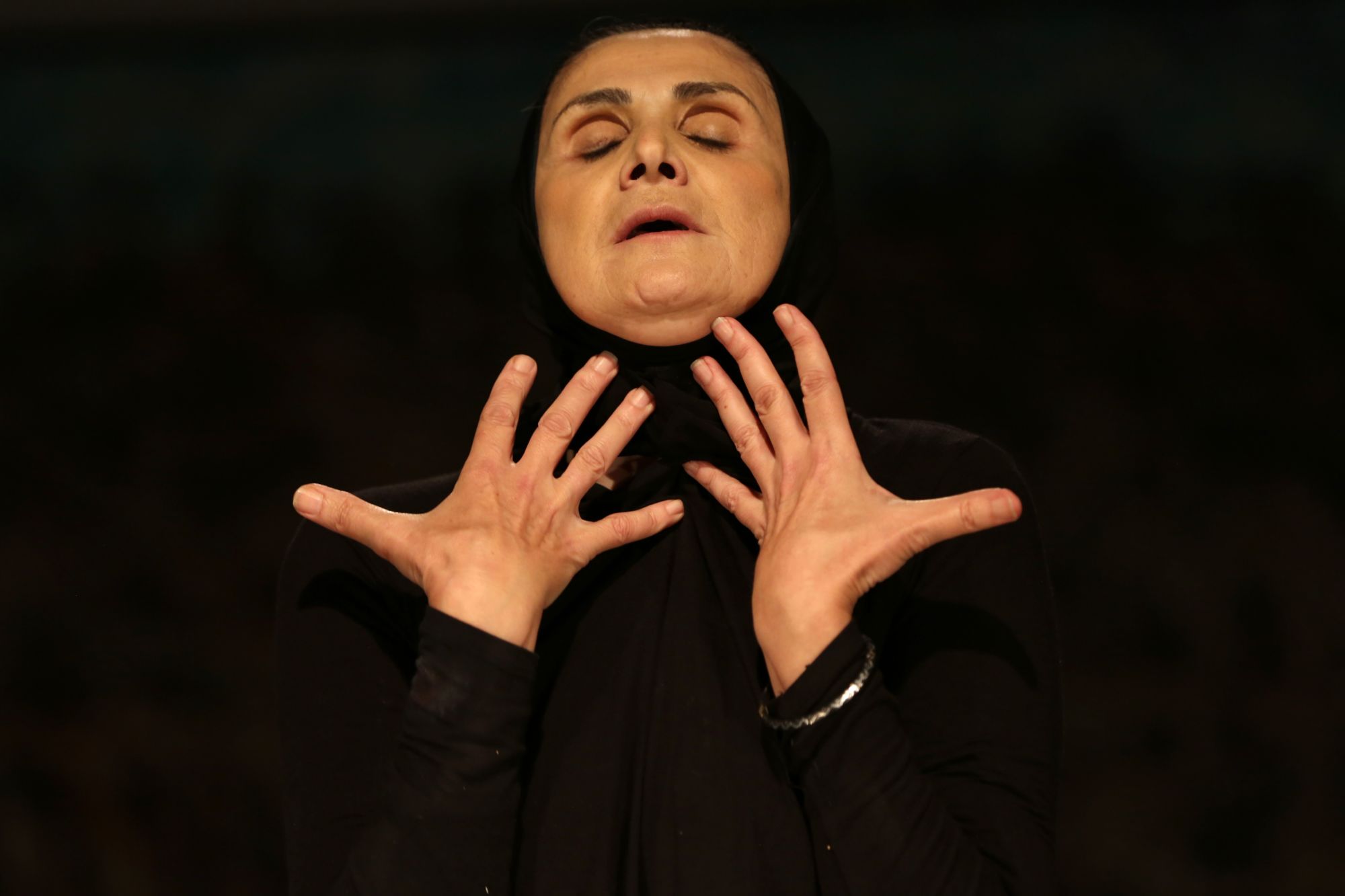 Fifty-something Lebanese performer Hanane Hajj Ali jogs every day to avoid osteoporosis, obesity and depression. Her route takes her through her own personal space and the public spaces of Beirut, revisiting roles, characters, desires, aspirations and disappointments along the way. The exercise brings her body a rush of adrenaline and dopamine; alternating destructive and constructive effects, mirroring an ever-changing city that destroys to build and builds to destroy. Alone on a bare stage, Hanane, woman, wife and mother, compares herself with Medea figures: the mythological and everyday Beirut woman.

Hanane Hajj Ali is an important Beirut-based actor, writer and activist. Apart from her theatre works she plays an active role in cultural policy development and cultural planning.
Jogging is the result of a collective lab led by Hanane Hajj Ali, with director Eric Deniaud and dramaturge Abdullah El Kafri.

Presented in partnership with the Gate Theatre. Presented with additional support from Arab Fund for Arts and Culture, British Council and Drosos Foundation.