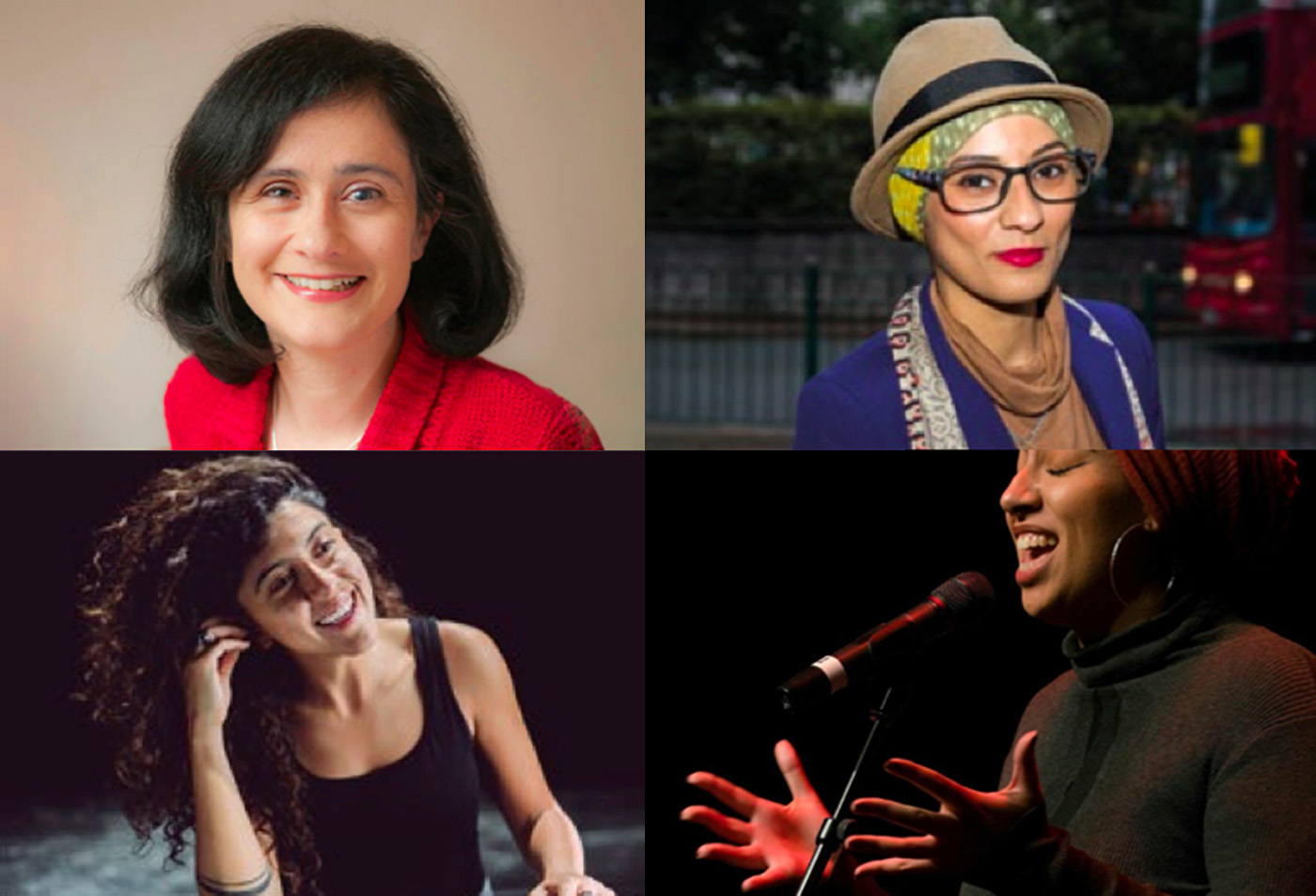 Tongue Fu is one of the UK's leading spoken word and music shows. Poets, comedians, rappers and storytellers re-imagine material live with brand new soundtracks and visuals created by some of London's top improvising musicians and VJs. Created and hosted by poet and musician, Chris Redmond (BBC Radio 1, 2, 4, XFM, CBBC, SKY Arts), it's a riotous experiment in literature, music, film and improvisation. For Shubbak, we present an exclusive night with Arab spoken word artists.

Amerah Saleh is a Yemeni artist from Birmingham. Co-Founder of Verve Poetry Press and member of Beatfreeks Collective, her book I Am Not From Here explores being British and Yemeni.

Claudine Toutoungi's poems have appeared in Poetry Chicago, The Guardian, The Financial Times and The Spectator. Claudine Toutoungi’s debut collection is Smoothie (Carcanet, 2017). Her plays have been on BBC Radio 4, the Stephen Joseph Theatre, and the Lark in New York.

Farah Chamma is a Dubai-born Palestinian performer. She writes and performs poetry in Arabic, English and French. Her current goal is to create Arabic content that mixes Modern Standard Arabic (fus-ha) and colloquial Arabic.

Samira Saleh is a Dutch-born poet of Moroccan origin and a rising star in the Belgian and Dutch slam world. She hosts regular slam nights and the Mama's Open Mike nights in Antwerp

Produced by Tongue Fu. Presented with additional support from Cockayne Grants for the Arts and London Community Foundation.

English, with some Arabic and translation.

Tickets bought online or by phone are subject to a £1.50 booking fee - no fee in person