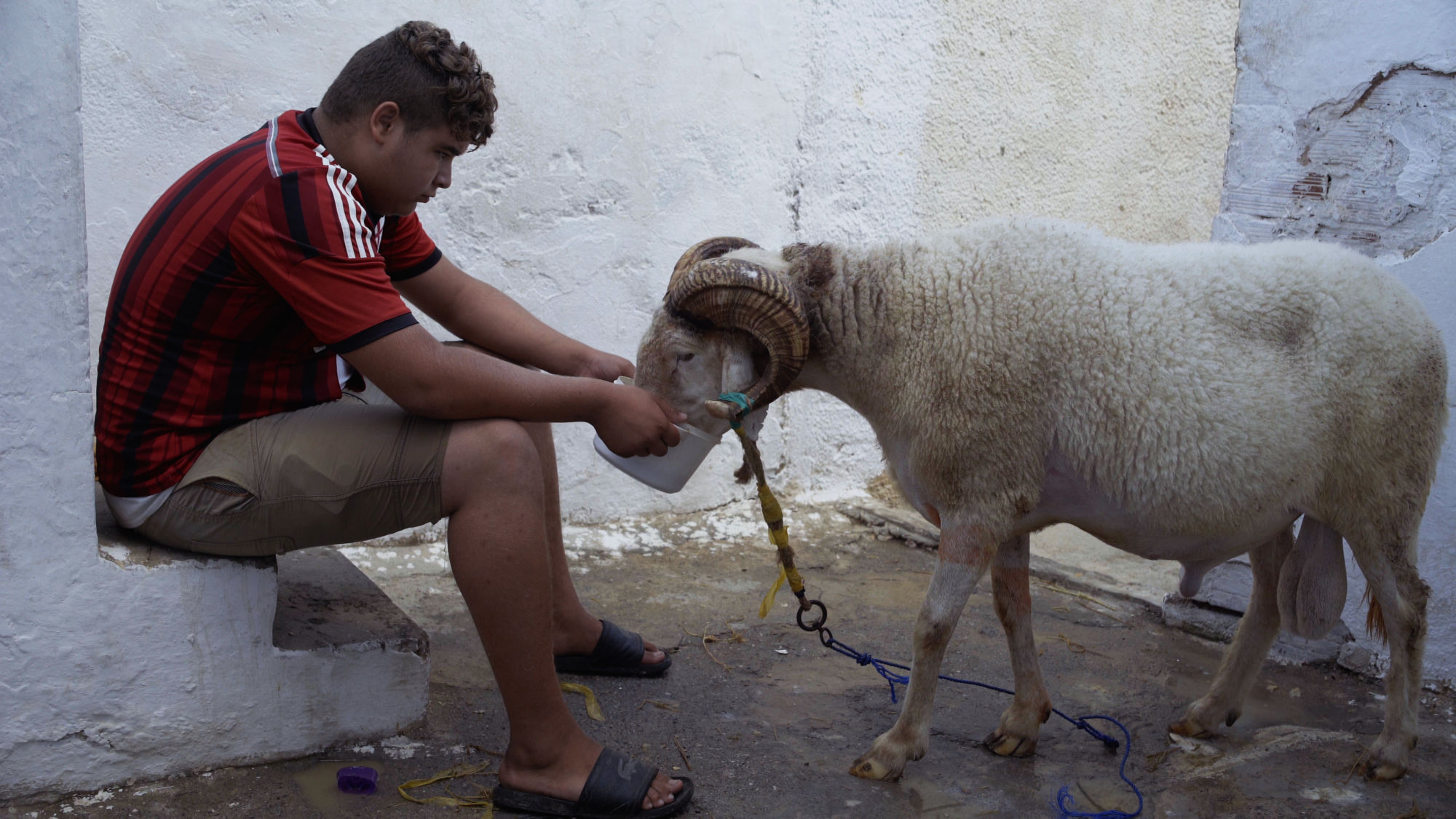 Of Sheep And Men

Set in Bab el Oued, Algiers, Of Sheep and Men follows young Habib – a sixteen year old who, unable to follow his dreams of becoming a veterinarian, has bought a sheep to train into a fighting champion instead – and 42-year-old Samir, who simply sees his cattle as a means to an end, and is looking towards the Eid celebration on the horizon to sell his sheep. Reflecting on the codified rituals of violence that underline the deeply empathetic relationship these two men have with their animals, Karim Sayyad’s subtly observed, charming debut feature documentary also brings into play a reflection of Algeria’s history, tainted by sacrifice and violence.