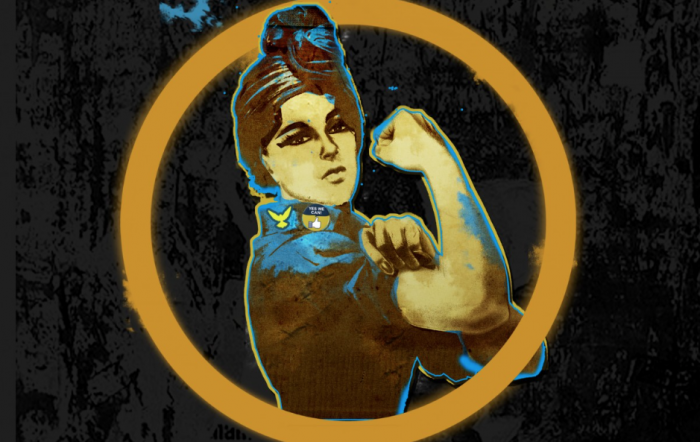 Razor Sharp showcases three pieces of new writing by Arab women. The title can be taken to refer to an obsession with hair that goes across the Middle East. It also indicates the edginess of the writing.

Yamina Bakiri, an Algerian neuroscientist who grew up in France, examines the rise and fall of 2011’s iconic figure — the Arab protester. Hannah Khalil, a Palestinian Irish playwright, contributes the play Waiting for Barak O, a two-scene play that takes in the White House and Palestine. My own story Shusssh revisits the Syria I knew before the conflict, and a failed movie project.

All three pieces show another view on issues and places not often seen or addressed. Some of the subjects may be considered controversial when viewed from a Western vantage point. Yet they have long been part of life in the Middle East.

Too often in British theatre or Hollywood for that matter, ‘the Arab World’ has been used as topic matter, in some cases fodder, for misconceptions rooted in the West, by writers with little or no experience of the region.

In much of Arab theatre, women appear. However their narratives are often not authored by women. Razor Sharp is part of an emerging Arab feminist movement that has been invigorated by the work of Sheerin el Feki and Mona Eltahawy. (There has always been a women’s movement in the region – whether the participants considered themselves ‘feminist’ or not – with thinkers like Fatima Mernissi and Leila Ahmed, among others.)

Since the 2011 revolutions, people have been reassessing the Arab Spring or Awakening. Perhaps its most positive impact has been the outburst of cultural expression we see today. And while people are speaking for themselves – from the streets, the theatres and the art world – still there remains many places where speaking out can get you killed. More than ever, a wide range of Middle Eastern voices, including those from women, need to be heard.