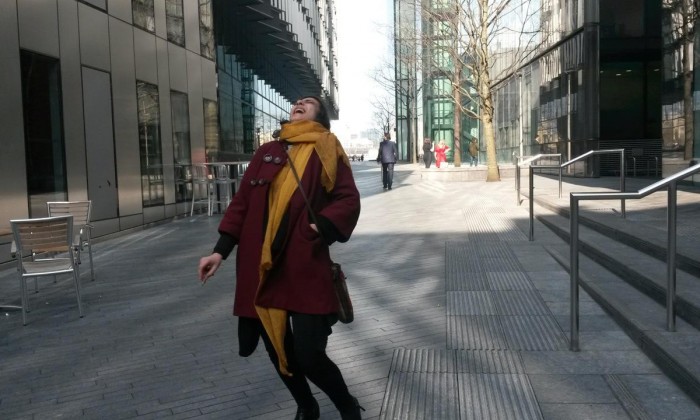 Playwright Hannah Khalil reflects on writing for the 2015 festival

Everyone knows the writer’s enemy - more than enemy, horror is the blank page. And what can be even scarier is to be told, "write whatever you want". Too much freedom can be a bad thing ... In writing terms at least.

So when producer Alia Alzougbi asked me to write something for a Shubbak event at Rich Mix, after initially biting her hand off for such an opportunity, I began to feel nervous, nauseous even.

A great writer (whose name eludes me) once said that restriction and rules are a writer's friend - and though it may seem odd I've always found this to be true - the more parameters I have for something I'm writing the easier to dive in. Too much freedom can lead to white space on the page which as I've said is the stuff of a writer's sweaty night wakings.

So when Alia clarified that the piece needed to be 20 minutes in length, feature two actresses and would be included in a bill with plays by two other women writers: Yamina Bakiri and Malu Halasa, I felt myself relax a little. Parameters - just what I needed.

But there was still a freedom of subject that was wide and a bit tough to look in the eye - so I didn't. Instead I did what I usually do, first, take the kernel of an idea – or in this case two kernels, one to use the form of Beckett’s Waiting for Godot as a loose structural inspiration, and two to consider the relationship between America and Palestine through the sipher of Barack Obama. Now I put these seeds to the back of my head to percolate and occasionally glance sideways at them to see how they’re coming on. And gradually it formed, my idea. And I got excited. And when I sat down to type, something was ready at my fingertips, the first draft tripped off lightly - a delight to write.

But then I got another email from Alia confirming the title billing of the show, “Razor Sharp” - as in what? I thought ... Wit? Comedy? Everyone knows most writers' second biggest fear after writers’ block is trying to be funny... So I decided I wouldn’t try to be funny, I’d just try to be interesting. And maybe, just maybe if the characters were real enough they’d raise a smile or two. I hope they do and that if you come to see Waiting for Barack O you enjoy it.