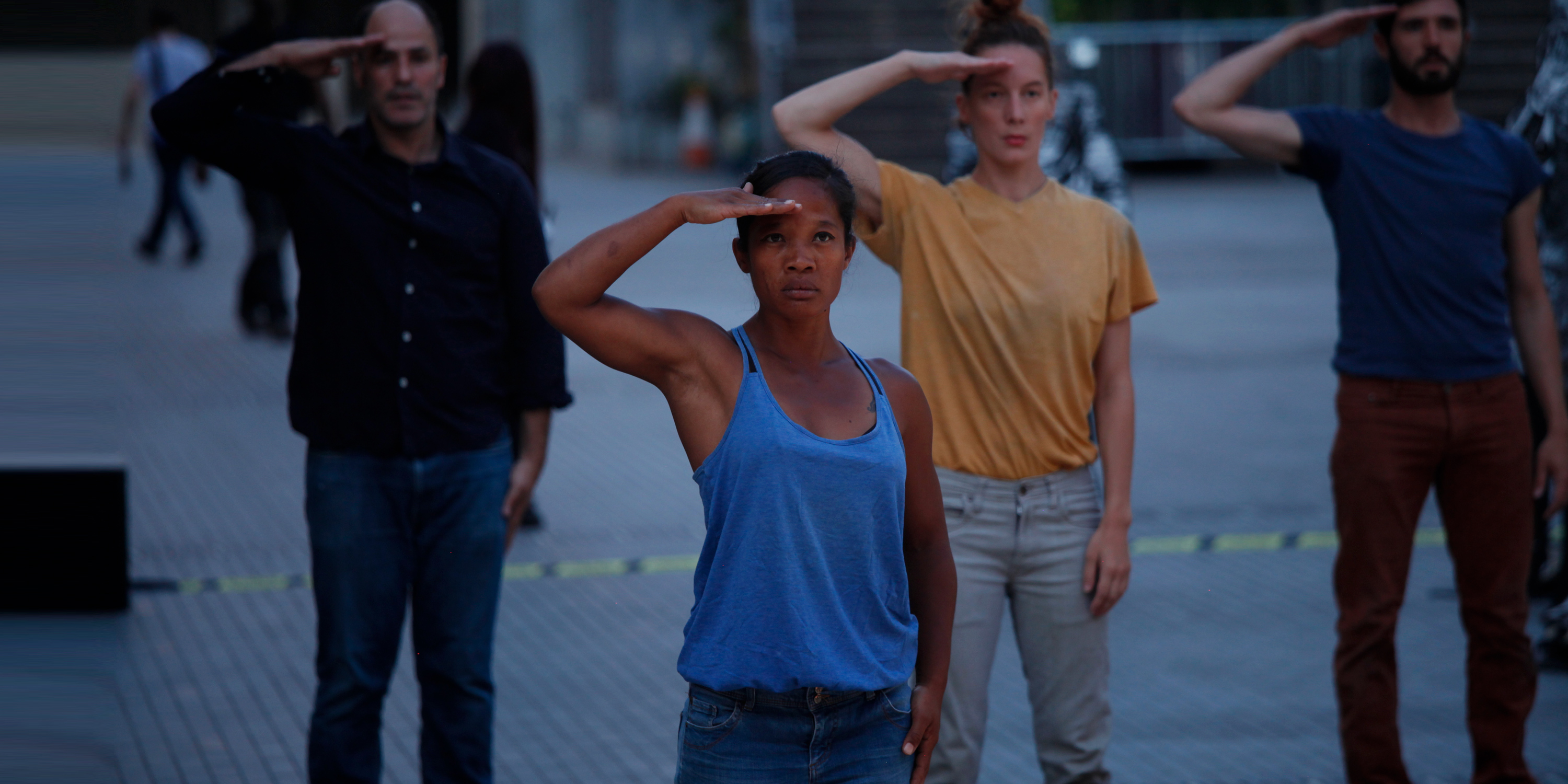 16 days across more than 30 venues, with over 70 events and more than 150 artists – Shubbak 2017 is over. Thank you to everyone who came to Shubbak 2017 and to all the artists, performers, producers, partners, sponsors, venues, staff and volunteers who made it such a stunning success – we couldn't have done it without you.

There was a lot of 'firsts' this year for Shubbak: we presented new work in locations across London in partnership with festivals in the Arab world; we hosted world premieres of new performances as part of the Creative Europe supported programme Performance(s) Between 2 Shores; we brought more artists from across the Arab world to London than ever before; we presented some of the finest writers, filmmakers and music from across the region. We're delighted to have reached audiences of over 50,000 people over the course of the festival.

As Shubbak’s 2017 Festival draws to a close, we're looking back and remembering a few of our favourite moments from the festival.
Watch highlights from 2017 ›
See Shubbak 2017 in pictures ›

The festival may be over for this year, but there are still ways to enjoy Shubbak:

Modern Poetry in Translation’s summer issue A Blossom Shroud focuses on poets and translators associated with this year’s Shubbak and it publishes a selection of new translations of poets appearing at the festival: Mona Kareem, Dunya Mikhail, and a new long sequence of poems by Golan Haji, translated by Stephen Watts. The focus also includes a conversation between Alice Guthrie, Shubbak’s literary producer, and poet, translator and activist Mona Kareem. Also featured are new translations of Hisham Bustani, Najwan Darwish and Syrian actor and activist Fadwa Souleiman.
Visit the website