In this interview Soufian Saihi, founder of the band Karama who will be playing at the Shubbak Festival’s musical finale The Mix on 25 July 2015, discusses how this uniquely international and eclectic band was formed; the inspiration behind their upcoming album ‘Visa’; and the responsibility of claiming back Arab dignity through music.

Aimee Dawson: You started Karama in 2011 – what made you decided to start a band?

Soufian Saihi: I have had this idea of starting a band ever since I came to this country in 2004 and these tunes kept coming to me. I went through a bit of a journey before I started the band, though – I went to university to study mechanical engineering in Derbyshire, after that I lived a while in the West Midlands and I moved to London in 2008. This was the real beginning of my musical career. I met this Spanish band here in London and I gigged with them for a while playing the oud. I did a few collaborations and I began developing a network through places like the School of Oriental and African Studies (SOAS) and other interesting venues. Two years after I had arrived in London I had begun to concretise the idea of a band in my head so I started looking for members. I had met Elizabeth Nott through SOAS and had played with her before so I invited her to join, and invited another friend of mine. We began to think about what instrument would go well with the oud and we decided the clarinet would sound good. 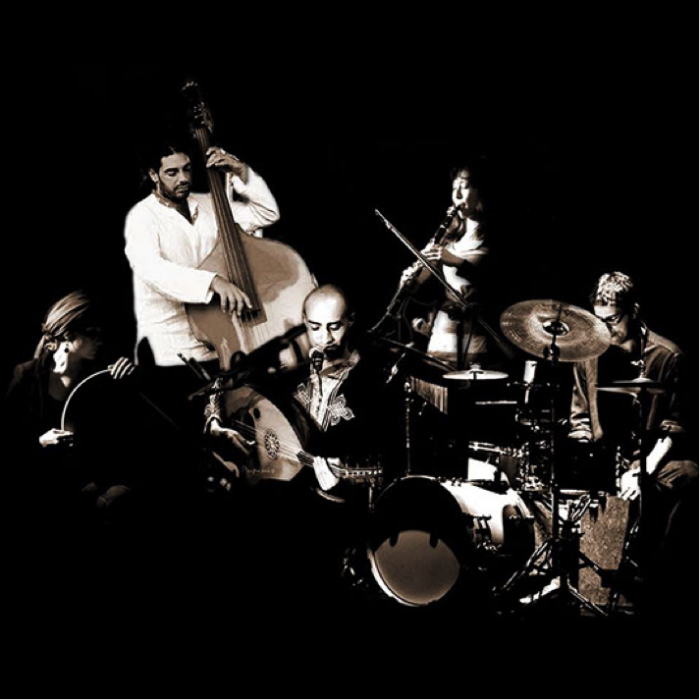 SS: Yes, it works really well. We found the other members and I already had four or five songs by then. Our first EP, ‘One Year in London’, was very experimental and was a mish-mash of lots of different ideas. The structure was very different from the norm. I was lucky enough to have met a great sound engineer who suggested that we go and record the music. Then the Arab Spring started, which was such a shock but it brought lots of hope with it. It had been stagnant in the Arab world for such a long time. In the last decades there had been hope that things would change but it didn’t happen.

AD: And this where the idea for the name came from, right?

SS: Yes, I asked myself a lot of questions about why this was happening now and I thought really it is all about dignity – ‘karama’. People had been oppressed for so long by the regimes in the North Africa and the Middle East. To be honest, it is a very big responsibility, you can’t imagine how heavy it is to have that name – it’s not only about music. I decided to go with that name and it’s a bit of a mission for this band, spreading a bit of love in this world that’s full of hatred at the moment.

AD: And that is an important element of culture, spreading positivity and understanding. Did you pick your band members or did it all happen very naturally? Because they each are from a different part of the world – it’s a very international band. Was that intentional? I imagine that these international differences really influence your sound as a band?

SS: It does. I always considered myself to be international in spirit – although I’m Moroccan and I am proud of where I come from I don’t want to associate my music with any particular country. I want it to be borderless. With the band members, they kept changing because of the nature of our work in London and people being very busy with different projects. At this stage now we have bonded and we have been together for four years. We have all invested a lot of time and energy in the band and now we are like family. I’m also really happy that we’ve recently taken on two new members so we are now a seven-piece. We have a violin and trumpet. We had our first gig last week at Stroud Sacred Music Festival and it was a great sound. We also had a session on the BBC Radio 3 programme ‘In Tune’. 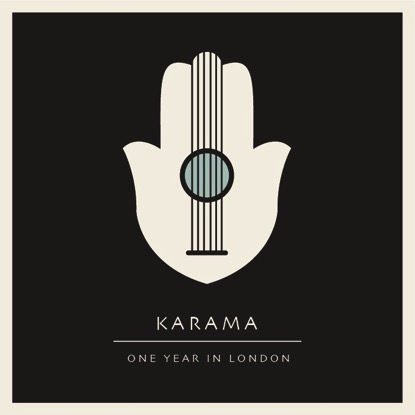 AD: You also have a second album coming up soon – have you started recording yet? Do you already have ideas for songs?

SS: We have all the compositions ready but we haven’t started recording yet – we are actually crowdfunding at the moment to raise the money to record the album. I moved from London to Bristol two years ago and that has really helped me to write the new material. I have had more time and space to write. The album is going to be called ‘Visa’. I have personally experienced the difficulties of obtaining a visa and so have millions of other people, so I dedicate it to them and all ‘third-world’ citizens. Sometimes I have this feeling of inferiority because of it; there is a line that divides the North and the South.

AD: I think people in the West often don’t realise what a privilege it is to be able to travel so freely and how difficult it is for others. Does the music reflect that feeling of travel, borders and nations?

SS: I’m not sure, I don’t really sit and analyse my own music that much and I’m not the type of person who writes musical phrases for their own sake or because they are coherent with one another, it has to come naturally. It took me two years to write it. There is an important song on this album called ‘Araby’. This song was the one that gave me the most trouble – it was very hard to write, it took the longest time and it emotionally drained me to find the phrases. It’s about the Arab world today and how it’s in a terrible state. In the song I compare the Arab world now to how it was hundreds of years ago when it was actually bringing knowledge from the East to West. Loosely translated, the lyrics are:

Oh Arab, why did your worthiness fall/ What was the cause of what happened?/ Was your mind drugged or was it your imagination?/ Or were they both lost in a current?/ Amongst you there were a thousand scholars/ Poetry and visionary minds/ Pioneers in geometry, algebra and physics/ You went into a dark deepness/ Only God knows how your history evaporated like water.

AD: Your band has a very special and eclectic sound but it is clear that Middle Eastern issues and sounds are its roots.

SS: Yes, it’s true. I guess most of the music we hear now in the Arab world is very commercial and I feel like one of the best things we can do to revive Arab culture is to return to basics and build from that. That’s what I try to do with my compositions, following in the footsteps of the old master composers from the Arab world and presenting it with a new, contemporary twist.

Karama will be performing at Shubbak Festival music finale The Mix on Saturday 25 July 2015 at Rich Mix.