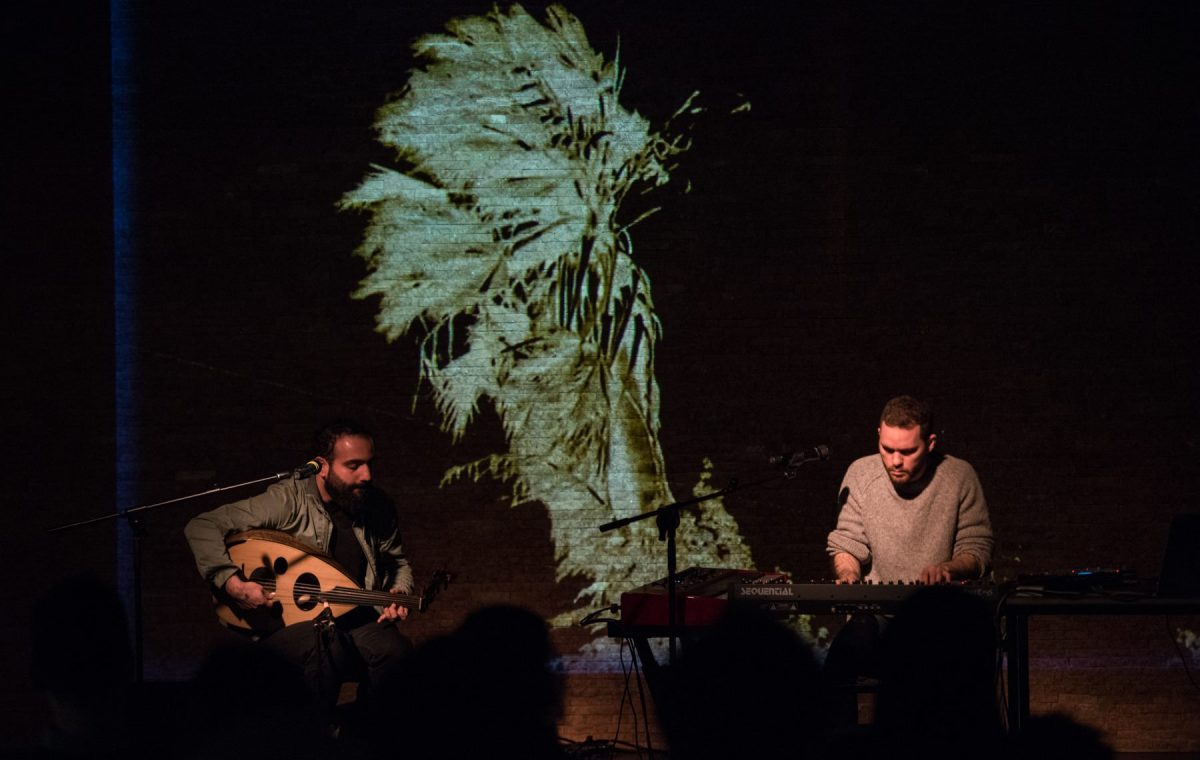 Listen to the Khaled Kurbeh and Raman Khalef track Toska.

The music of the Syrian duo Khaled Kurbeh (piano & synthesisers) and Raman Khalaf (oud) shifts between experimental electronic music, Middle Eastern instrumentation and downbeat jazz. With immersive compositions and content they have created a performance that is both astute and inventive, a soundtrack to the 21st century. Together with an ensemble of Berlin-based musicians, they are working on their forthcoming EP in 2017. The project has been commissioned by Shubbak, London’s largest biennial festival of contemporary Arab culture.

They will be joined by Louai Alhenawi, a Syrian musician and composer that specialises in Ney (Arabic flute) and Arabic percussion (dabuka, daff and riqq). Graduate and teacher at the eminent Damascus Conservatoire he has also held the prestigious role of Ney soloist in the Syrian National Orchestra Symphony and the National Arabic Orchestra.

All day long, the Broadcasting House World Piazza will host a pop-up market with food, books and more. Come by for street food from across the Arab world, ranging from the grand Jordanian mansaf to aromatic Moroccan tagine and organic farm-fresh falafel.

12:30pm performance by Khaled Kurbeh & Raman Khalaf
The music of the Syrian duo Khaled Kurbeh (piano & synthesisers) and Raman Khalaf (oud) moves between contemporary classical and experimental electronic genres. Come witness an electrifying performance, guaranteed to expand the expectations of traditional Syrian sound, performed live in front of an audience for the first time. For this exclusive performance, they will be joined by percussion and ney player, Louai Alhenawi. Khaled Kurbeh is presented by Shubbak: London's Festival of Contemporary Arab Culture, in collaboration with British Council.