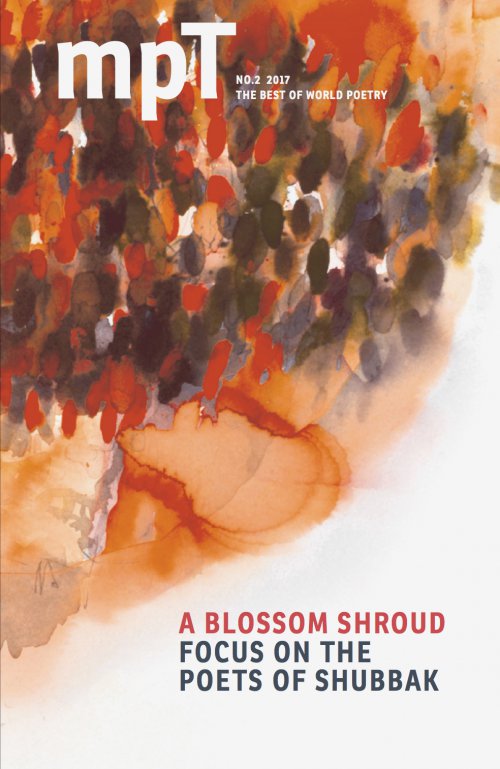 Modern Poetry in Translation’s summer issue A Blossom Shroud focuses on poets and translators associated with Shubbak's 2017 Festival and it publishes a selection of new translations of poets appearing at the festival: Mona Kareem, Dunya Mikhail, and a new long sequence of poems by Golan Haji, translated by Stephen Watts.

Watch some of our favourite moments and recent festival highlights