Shubbak is very pleased to announce the appointment of Taghrid Choucair-Vizoso and Alia Alzougbi as joint CEO’s taking over from Eckhard Thiemann, who has been the CEO and Artistic Director of Shubbak since 2012.

"The Board of Trustees of Shubbak Festival is delighted to announce the appointment of Alia Alzougbi and Taghrid Choucair-Vizoso as joint CEOs.

Alia and Taghrid have impressive experience as artists, curators and cultural producers. Both have a highly developed understanding of the needs of Arab artists and communities, a commitment to artistic excellence and just cultural ecologies. The Board is delighted that they will apply their considerable talents to taking Shubbak into its next phase and build on the work of our outgoing CEO and Artistic Director Eckhard Thiemann to whom we extend our gratitude and thanks for his work with Shubbak over the last 9 years."

"It is an honour and a privilege to be entrusted with the responsibility of co-leading Shubbak, an initiative we have walked alongside and engaged with as artists and cultural producers since its inception. We look forward to taking it into its next phase as a much-needed creative nesting place of abundance and possibility for artists and community, where a range of audiences from diverse backgrounds flock to encounter our stories as we live, experience and choose to tell them – a home away from home where we are held, supported, and encouraged to dream, collaborate and experiment towards artistic excellence."

“I full-heartedly welcome Alia and Taghrid as the new joint leadership for Shubbak. Both have worked extensively with Shubbak over the past years, as freelance producers and Taghrid of course as Senior Programmer and Festival Producer. I could not think of a more brilliant succession than this dual powerhouse that has been so instrumental in Shubbak’s journey to-date, yet is imbued with fresh ideas and independent spirit. I am sure they will take our artists, partners and audiences on a truly inspirational journey. I very much look forward to be passing on the baton to them.”

Alia will be leaving her current post as Head of the international cultural learning organisation Global Learning London to take on the role of joint CEO at Shubbak. She has worked closely with national and international organisations including the British Museum, the National Theatre, Clore Leadership and the British Council to create high-profile, critical encounters that question the parameters of cultural representation and inclusion in education and the arts. She has produced critically-acclaimed theatre works by playwrights from Arab heritage, a number of which have gone on to tour internationally. She is a British Council/Chevening Scholar, a Clore Fellow and a Fellow of the Royal Society of Arts, and she volunteers nationally and internationally to coach and mentor people with reduced access to opportunities in the cultural industries.

She is recipient of the Writer’s Guild Olwen Wymark Award for encouragement of new writing in 2019 and was nominated for a BAFTA Scotland in 2008.

Taghrid Choucair-Vizoso is a curator, producer, and artist working across interdisciplinary practices, contemporary festivals, performance, participatory arts, and cross-cultural exchange between artists in the SWANA region and the UK. She joined the Shubbak Festival team in 2018, where she has been committed to forging more just cultural ecologies; developing collaborative and decolonial curatorial approaches and artistic development opportunities that reduce social inequality and access barriers to the industry. She has shaped the festival’s engagement programme, highlights of which include launching the Young Shubbak collective and leading on artistic residencies that forge collaboration between global practitioners and hyperlocal communities.

Prior to joining Shubbak, she was co-founder and co-director of At Home in Gaza and London, a telematic performance and exchange project bringing together artists and audiences across the divide in real-time (Artsadmin, BAC, El-Wedad Gaza). As a performance-maker, she has contributed to theatre and contemporary works with companies in the UK, Syria, Palestine, Lebanon and beyond. As an associate with Kazzum, she has led education programmes with young people who have recently arrived in the UK and are going through the asylum-seeking process. As a facilitator, she has worked within school and criminal justice environments, particularly with young people and women who have experienced or are at risk of imprisonment. She produced and co-programmed Arts Canteen's 2018 AWAN – Arab Women Artists Now Festival and curated Global Arab Female Voices in 2019.

Taghrid is currently a mentor on the Crossing Borders Programme at Scottish Refugee Council and steering group member of Global Voices Theatre. 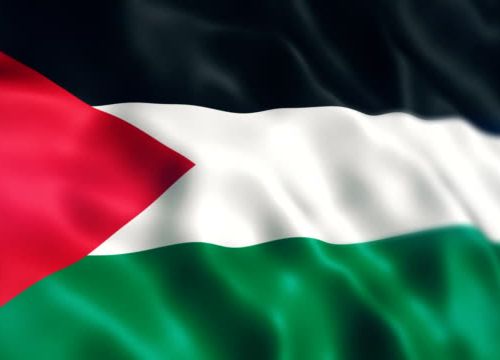 There are a number of organisations accepting donations and running appeals to provide emergency relief to Occupied Palestine.