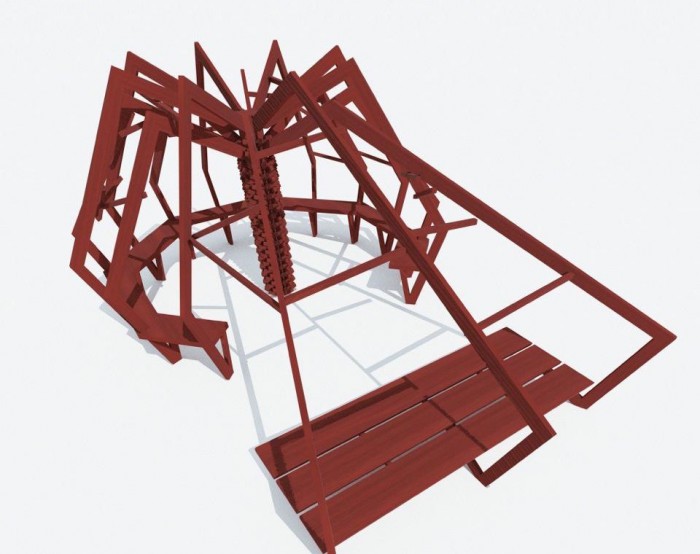 Khalid Shafar is a pioneer of Emirati design. Born in Dubai, the American University in Dubai business graduate studied furniture and object design, first at Central Saint Martin’s College of Art and Design in London, then at the Centre for Fine Woodworking in New Zealand. Known for his ingenious combinations of traditional elements of UAE culture and contemporary product design, Khalid creates furniture, from stools and coat stands to lighting. His first solo collection was launched back in 2011 and today, Khalid is one of the few design professionals in the UAE and is making a name for himself both at home and abroad. Among his most notable collaborations are the Campana Brothers, French cabinetmaker Moissonnier, and Kartell. Khalid also finds time to ‘pass it forward’ and is currently mentoring the next generation of UAE creative entrepreneurs as part of the ADMAF/British Council initiative, The Cultural Excellence Fellowship.

In this interview, he talks about the upcoming interactive public installation, The Nomad, which will be at the Rootstein Hopkins Parade Ground, Chelsea College of Arts, Thursday 16- Monday 27 July, as part of the 2015 edition of Shubbak festival.

From where did the concept for The Nomad originate?

It actually came from another project – a collaboration with the American Hardwood Export Council. We were planning to use a new product, thermally modified ash, in an outdoor project. I came up with 2 or 3 proposals, one of which was The Nomad. But we actually went with a different idea (The CITY’s Bench in D3, Dubai Design District) so we put The Nomad on hold.

It came up again in conversation with Shubbak’s Artistic Director Eckhard Thiemann in November when he came to deliver a training session for the ADMAF/British Council’s Cultural Excellence Fellowship programme. When he saw the drawings, he immediately thought it could work within Shubbak’s theme for 2015 (Art in the Public Realm) which examines how London is host to cultural diasporas who have sought refuge over the centuries.

What does presenting your work abroad mean to you?

I have exhibited in most major European cities but with my own product designs. This is my first international platform for an interactive design - my first public space installation. It’s very prestigious to have the premiere of The Nomad in a city like London and in a relevant context such as Shubbak. It is one of their key projects and they have secured a great location for its presentation.

By studying and looking at old and new architecture around Dubai, it’s clear that the fight for modernity and stylish living did not mean an avoidance of the past, rather an integration of it. A great deal of new architecture has been inspired by old masterpieces and takes shapes from old features such as wind towers and small caved windows. Through this installation, I wanted to share my observations and reactions towards this study and contribute to a new approach to UAE architecture.

The concept brings historical architecture and the traditional material of arish (palm fronds), rethinking it into a format for the 21st century – a ‘reappropriation’ as it were. The Nomad is made from my preferred material, wood (African Teak). It’s freestanding and a huge structure. From an engineering perspective, we are counting on each part to hold everything together; the force of the structure being divided equally. We have had to go through several procedures for the London presentation, including risk assessment as well as health and safety. It’s a lot of pressure but I’m really looking forward to it coming together.

The other projects in Shubbak are ‘public art’ where people may interact visually and emotionally. However The Nomad may appear as sculpture from the outside, people can also nap, eat, drink and meet inside it. It goes beyond the standard functionality of an interactive public art piece.

There will be a talk about The Nomad at Asia House on 20 July with Sandra Piesik. Why did you choose Sandra to join you?

Sandra is the author of 'Arish: Palm-Leaf Architecture', which explores the indigenous building and craft tradition of the UAE and wider region. This book was so important during my research for The Nomad. It helped me really understand how Arish was used and built, and the difference between summer and winter houses. Her research and experience would therefore bring added value to the talk.

What next for The Nomad after Shubbak?

It will be launched again at Dubai Design District (d3) at the end of October 2015. And then in April 2016, it will be moved to the UAE capital for the duration of the Abu Dhabi Festival

Is The Nomad a one-off or do you think your exploration could lead further?

The works I’ve presented in the UAE so far have been more of non-functional design installations – art projects that have been interactive but not to the extent of The Nomad.

I’m interested in developing my thinking around outdoor, public space installations, so, hopefully, The Nomad is just the beginning.

You see, you’re building a structure that people could actually stay in, so it would be interesting to take this investigation further. It could become a series of shelters in rural areas as part of a wider CSR project, perhaps.

The space, the event and the exposure will definitely lead to other works. This is what I want to do both in terms of product and in terms of art.

The Nomad by Khalid Shafar can be experienced at the Rootstein Hopkins Parade Ground, Chelsea College of Arts, Thursday 16- Monday 27 July, as part of Shubbak 2015. Supported by the Abu Dhabi Festival and Dubai Design District (d3).

Khalid Shafar will be in conversation with the architect, author and researcher Dr Sandra Piesik, discussing their interest in and inspiration from traditional Arish architecture in a talk at Asia House on Monday 20 July 2015 at 6.45pm.