We are delighted to announce that Young Shubbak's raffle in support of Theatre Relief Group in Lebanon's initiative Beirut, No Show Tonight has raised over $1,500.

Thank you to everyone who took part for your generous donations. The prize winners have been announced on Shubbak's Instagram. They will receive either a limited edition, upcycled tote bag made from Aicha El Beloui's original work MO(VE)MENTS which featured in Shubbak Festival 2019, a mounted print on handmade paper of the goddess Anahita by Mana Merikhy, or a bespoke poem from Lebanese poet Riwa Saab.

Many of the members of Young Shubbak have close, personal ties with Lebanon. As a collective they wanted to support the arts community on the ground. Theatre Relief Group (TRG) in Lebanon was set up within two days of the disastrous explosion in the port of Beirut on 4 August which caused widespread devastation and misery including significant damage to almost every theatre in Beirut. The group's aim is to support fellow artists who were wounded and those who lost their homes and means of income. The group includes esteemed artists Hanane Hajj Ali, Sany Abdul Baki, Abdullah AlKafri and Karim Dakroub. You may have seen Hanane Hajj Ali's one woman show Jogging at Shubbak Festival 2019.

Money raised from Beirut, No Show Tonight is already being distributed to the creative community through the TRG. Phase 2 of their fundraising efforts will run from 1–30 September. To support TRG connect with them on Instagram or Facebook. 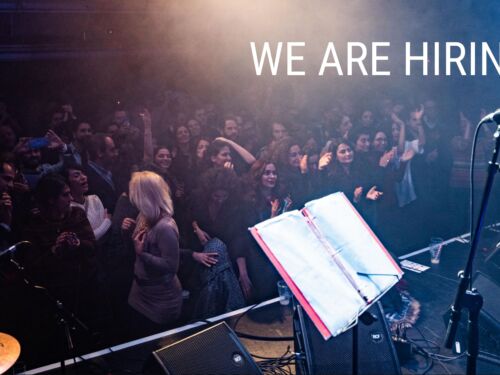