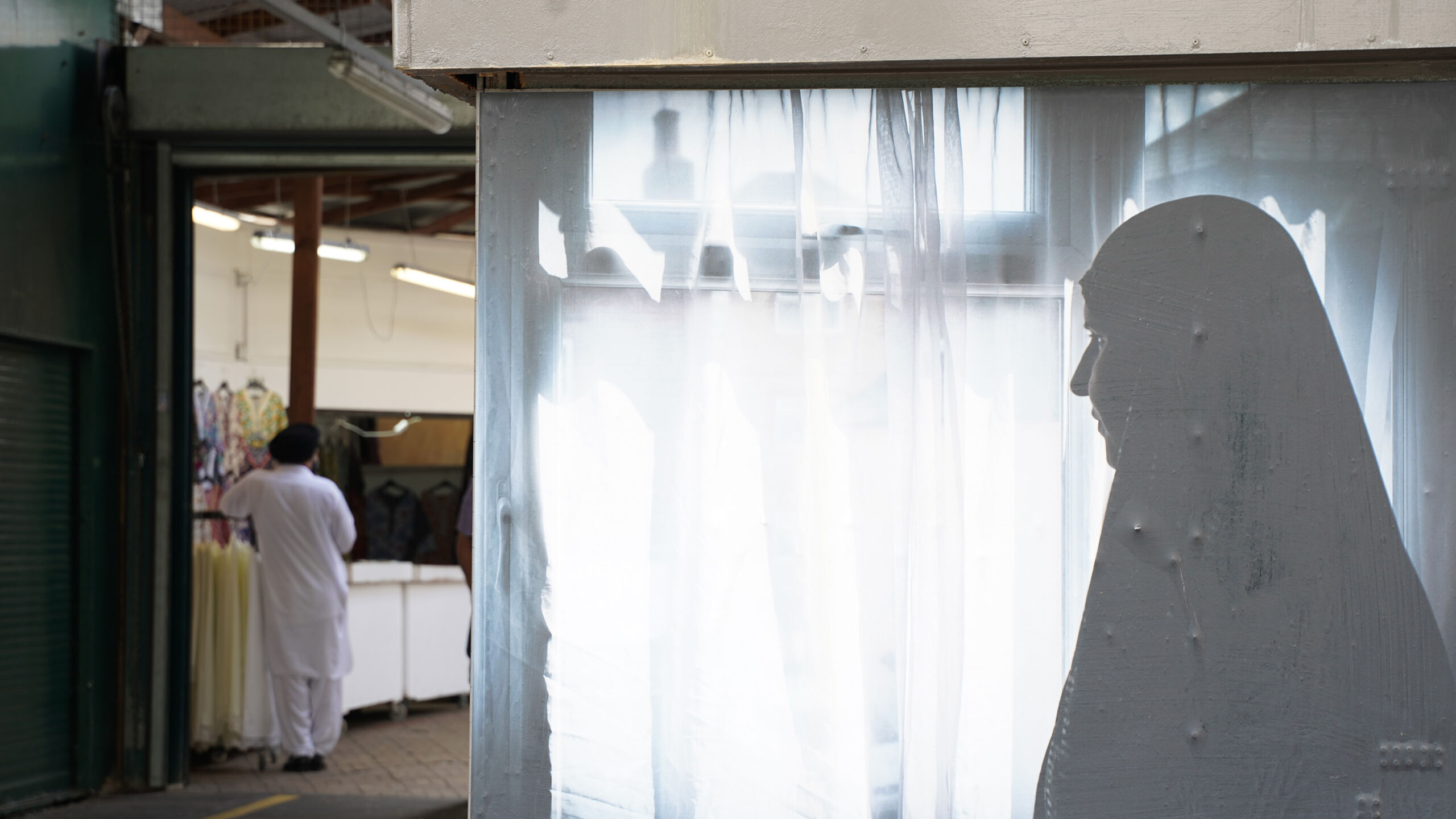 Eight years of torture and pain, since the start of the war in Syria. War came. My husband was dead. My eldest son was 8, and the youngest was 1. I raised them for eight years and then war started. We suffered a lot. We had to flee.

I fled to Lebanon, no, Damascus – I stayed with my brother for 2 months. It was difficult for me to stay there with my 5 kids, so we went back to Aleppo. I have a house there with a basement. We lived there. Clashes between the Free Army and the Regime’s Army, war. We were caught in crossfire for 2 years. In a single year, I lost my nephew, brother, and father.

Each family lost someone – a brother, a son. My sister in law lost her son, the only brother of 5 girls. Before we left. I don’t know if my 50-year-old brother is dead or alive. He disappeared – it’s been 5 or 6 years. Same with my nephew. My father was an elderly man. But fear brought on that disease and he died immediately. He was perfectly healthy before.

Damage, destruction. They increased the attacks and the whole neighbourhood fled. I took my sons and went to Lattkia. We rented a house. We stayed there for 6 months – in poverty. There were no attacks but also no money or work. Life was difficult. We rented a room and all lived in it. All the money we made from work, we spent on rent. My nieces came to visit us from Lebanon. They told me, “auntie, what is this life you’re living? Come to Lebanon, there’s more support. Your sons can find work.”

So I took my sons and went to Lebanon. We rented an apartment. They gave us some aid. My sons worked. We lived there for 4 years. We suffered, it’s not like being in one’s country. But it was better than war and bombing. And then we received a phone call informing us of an opportunity to travel to Britain, so we took it.

We travelled. We spent 1.5 years going through interviews and preparing applications, and people advised me not to go to this strange country, especially because I have adolescent sons. We’re a very conservative family. But I didn’t listen to them. It worked, and we came here. It’s better than Lebanon here – life is better. But the language is difficult.

Mahmoud and Ahmad didn’t go to school. Access to school in Lebanon was difficult. They all had to work in order for us to live a good life in Lebanon- rent, expenses…Life in Lebanon is expensive. They had to start working very young. My eldest son is a tailor. He worked as a tailor in Syria, but couldn’t find any work in Lebanon. He tried random jobs – driving a cart, or at a barbershop. My 14-year-old son sold flowers, candy… But my daughter didn’t work. She got married two years ago.

It’s difficult. Our life in Syria and Lebanon was one thing, and here it’s another. My whole family except my sister left Syria. We’re spread all over, some in Turkey, others in Lebanon. I have a brother in Damascus and another in Turkey. My sister is in Aleppo. My brother is in Lebanon. My nieces are in New Zealand. They left through the UN.

Life here is beautiful, but it’s not home, and the language is difficult. We have everything we need. I’m too old, but I want a good life for my sons, a good future. I pray to God to give them a good, successful life. That’s the purpose of my life, to serve my kids and take care of them. I hope God helps me and grants them good futures and good lives.

It’s the only way. If I found a suitable job, I’d work. I got asked at the Job Centre. I never worked in my life. Women rarely work in Syria. A woman stays at home, cooks and looks after the kids. I told them I’d be happy to work, but my sons refused. They said I can’t work. But I insist, if I find a suitable job… There’s nothing wrong with work.