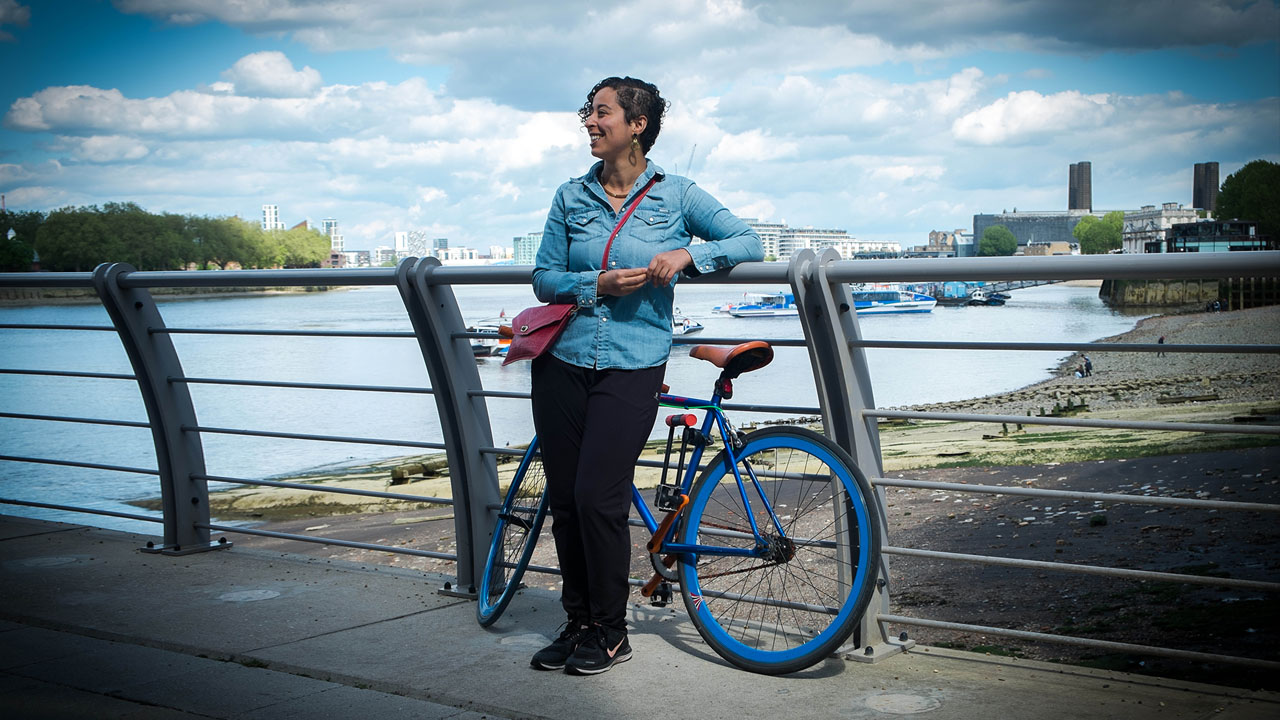 I was born in Morocco and grew up there until the age of eighteen. Then I moved to study outside Morocco, in France, and I lived in Latin America for a short period of time. I still think about returning. I am 30 years old.

Being a Moroccan, I have a different experience of seeking sanctuary, as we are not recognised as refugees. Although we are scattered around the world - wherever you go you will find Moroccans - the reasons why we leave Morocco are not recognised legally as worthy of humanitarian protection.

Because the reasons behind violence are not visible/clear. The types of violence are not accepted as enough to leave everything behind you to find a new place to live. We fall under different categories: migrant, economic migrant, illegal immigrant.

There is always a fear, for the people whose reasons for leaving are not recognized, they need to tell their stories in a way that creates empathy in those around them. “But why did you leave your country? it’s such a nice place!” I like to think that any person who leaves their home country and considers they were forced to, is best placed to decide so, and as such they are seeking sanctuary in a new place, and they are the best placed to explain why they fled.

For me, many reasons have pushed me to leave Morocco, that’s not probably what I will go into here. But… it’s a violence of a political nature that everyone is subjected to. And in addition to that, violence against women, a violence especially against any woman who has dreams and objectives in life that she might not achieve because she is a woman. That’s on top of the fact that as a Moroccan citizen you are not recognised as a citizen: the regime controls what you can achieve, either through social hierarchy and political mafias. If you are a woman you have an additional layer of obstacles that is “you are a woman” “hchouma”, “hram”, different words that stop you from living freely. If you are luck and you grow up in a little bubble that protects you against the outside world… you are protected in that bubble like an animal or a little creature, and if you come out of it, you will be eaten.

So I left Morocco for many reasons, but I keep coming back because I have a strong relationship with Morocco. I think there will come a point where the level of violence we live there will not be invisible anymore. As I grow, I use some of the things I learn to share with others.

In England, I bring people together and support them to start a new page in their life. Despite the hardship they have gone through, we reflect on how to open a fresh page that doesn’t deny what they have been through, that builds from the past and reflect on how to look within oneself, reimagine one's life and think about the changes that can be implemented as changes that we want reflected in society as a whole.

I am lucky to work with people who speak Arabic, so I use daily Arabic and English. I don’t speak my native dialect, Darija, as you hear it now but a simplified Arabic mixed with some levantine dialect. They always know I am Moroccan, I am not able to hide that. But we understand each other. I think we all have common elements of culture, patriarchy is a central one. And then there is an understanding of a culture the collective rules over the individual.

When people arrive to a society where individualism is a golden rule, there is a strong shock. I like supporting people through that. When people come together from different cultures and places, there could be a lot of reactions, some conflicting with each other.

For example, when a Moroccan arrives in France just after leaving Morocco. They can say: "Wow, France is beautiful! France is the country of freedom." Many women would say: "When I am in France I feel free, libre! Why does France not try to oppress me but Morocco does? France must be better!"

You need to go back, to that past that that links those two societies. Maybe what seems to you as freedom is just a bigger cage than the one you come from, giving you therefore the impression of being free. It might be that this same sense of freedom that you feel there could be used against your own people that you left behind.

Life in London has taught me to discover myself as I discover the society I live in. As I said, maybe we are not recognised as people seeking sanctuary. The word used is migrants but in reality we are forced migrants. We have been chased away without choosing it.

Many people (especially women) from North Africa will not define themselves as such, they would give you different reasons of why they left: their career, choosing a better place, etc. The question is: would you be able to go back to Morocco and live in a way that’s in line with your beliefs without being persecuted for it? Whether it’s your close circle of relatives or the whole society…

During Ramadan, do you hide to eat? When you have a boyfriend or girlfriend, can you kiss them in the street? When you grow up, finish your education, can you access all opportunities of work? Because we publicise a lot the limits to individual freedoms but as a human, regardless of your family name or your social class, or the region you grew up in, can you go anywhere in the country and start a project, study or apply for a job and be given the same rights? or… There is zero chance for that application to even be looked at.